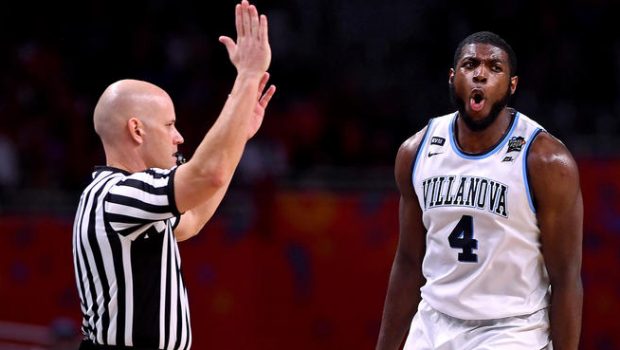 Don’t look now but Villanova may have turned the corner at Disney World.

Eric Paschall (above) had 22 points and Phil Booth added 20 as Villanova advanced to the AdvoCare Invitational championship game by beating Oklahoma State 77-58.

The Wildcats, who made a tournament-record 16 3-pointers, will play No. 14 Florida State Sunday for the title.

“Just a good next step for us,” Villanova coach Jay Wright said.

Villanova (4-2) stopped a two-game skid by beating Canisius 82-56 in Thursday’s first round.

Oklahoma State (3-2) got 15 points from Mike Cunningham. The graduate transfer played in his second game after missing the Cowboys’ first three with a left hamstring injury.

“We were just off today,” Boynton said. “We let them control the tempo.”

Paschall had 20 points, including six 3-pointers, as Villanova took a 42-26 halftime advantage. The Wildcats went 10-for-24 from 3-point range during the half.

“I feel like my teammates just did a great job of finding me,” Paschall said.

Booth’s 3-pointer gave Villanova a 54-29 lead four minutes into the second half.