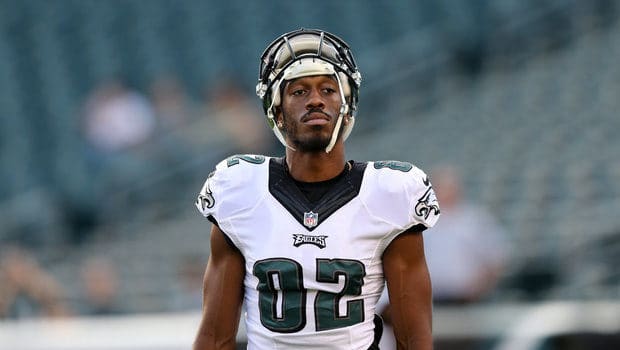 B-WES: ‘EAGLES’ RANDLE LOOKED LIKE HE DIDN’T HAVE ANY INTEREST’!

Eagles legendary running back Brian Westbrook is one of the most perceptive ex-jocks on radio and TV, so of course CSN fired him from “Eagles Postgame Live”!

But B-Wes knows a casual effort when he sees one.

“Maybe we will get a better Rueben Randle during the regular season,” Westbrook said recently on 97.5 FM The Fanatic.

“You can’t come onto a new team being a free agent acquisition for a team that needs you and look the way he did in that game. This football team needs Randle to produce.”

Prior to signing with the Eagles on a one-year deal this spring, Randle hauled in 57 receptions for 797 yards and eight touchdowns — which would have led the Eagles last season — and came 62 yards shy of eclipsing 1,000 yards in 2014.

The Eagles are desperate for a reliable, sure-handed target on the outside, but if Randle truly soured the coaching staff following his perceived lollygagging on routes not designed with him as a primary option against the Tampa Bay Buccaneers in the preseason opener, he might just need to have strong showings in the final preseason games just to hold down a roster spot.