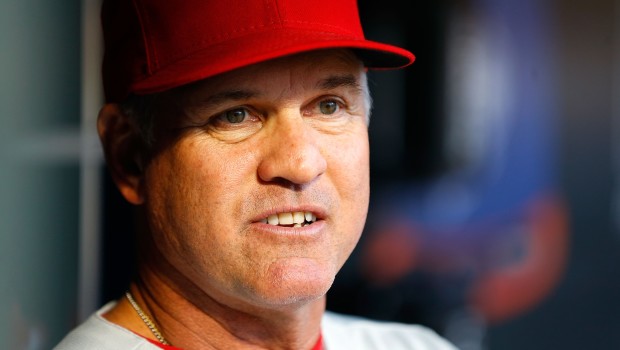 BOWA: SANDBERG QUIT ON PHILLIES BECAUSE HE FELT DISRESPECTED!

If you ask me and many Phillies fans, Ryne Sandberg never looked comfortable as Phillies manager.

Forget his halting and defensive interviews.

It just seemed that he never wanted to be in the dugout, notwithstanding the fact that no manager could have gotten much more out of the ragtag bunch of mutts that management has placed on the field.

But resign or quit?

In either case, he’s gone.

In an interview with Jim Salisbury of CSNPhilly.com, Bowa discusses his theories about what pushed Sandberg to quit. One of the major factors seemed to be that Sandberg often felt disrespected by the veteran players on the club.

“That was one issue that bothered him,” Bowa told CSN Philly.

It also did not sit well with [Sandberg] that players did not respect authority the way they used to. During his year-plus as Phillies manager, Sandberg was publicly disrespected a number of times by players. Maybe he was partly to blame for some of the incidents because he didn’t communicate with his players strongly enough when problems first started. Whatever the case, the lack of respect gnawed at him and it just became time to walk away.

In a recent episode, Phillies reliever Ken Giles openly voiced his displeasure at being ordered to walk a batter during a game against the Pittsburgh Pirates. Sandberg, who did not appreciate Giles’ outburst in the dugout, received “an earful in return.”

“That was sort of the straw that broken the camel’s back,” Bowa said.”[Sandberg] went over and said, ‘I’m running this team. If I want to put that guy on, I’m putting him on. I’m the manager, you’re the pitcher.’ “

Did that incident ultimately lead to Sandberg’s departure?