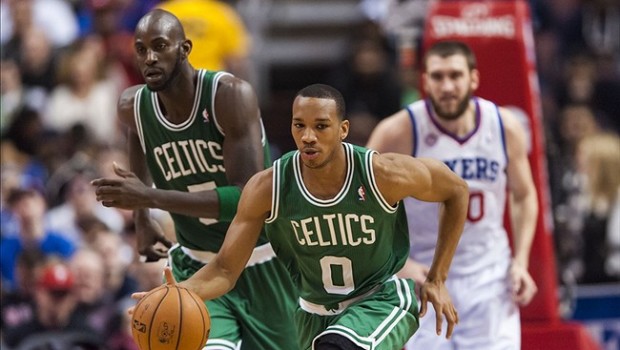 The sky is falling, critics like Dick Jerardi and Ed Rendell screamed, as the Sixers went for defense and the long arc instead of band-aids and a quick fix in last week’s NBA draft.

Guess what. The Sixers have $30 million to spend in free agency, the third most in the entire league.

And none other than Marc Spears of Yahoo Sports reports that the Sixers reached out to free agent guard Avery Bradley just after midnight this morning. The early call from the Sixers seems to indicate some serious interest.

Bradley, 6-foot-2, 180 pounds, is entering his fifth season in the NBA. Bradley had a career season with Boston last year, posting averages of 14.9 points, 1.4 assists and 3.8 rebounds in 30.9 minutes per game. He is a restricted free agent, meaning the Celtics could match any offer the Sixers made.

How much Bradley will cost or how he would fit isn’t clear.

Bradley is a shooting guard, so he would fill a big need on the Sixers’ roster. Bradley is also a strong shooter, shooting 43% from the floor and 30% from 3-point range last season — another area the Sixers struggled in.

While the Sixers are not in a mode of filling holes, Bradley is a young guard with some upside, so bringing him in if it the price tag isn’t too high does make some sense.