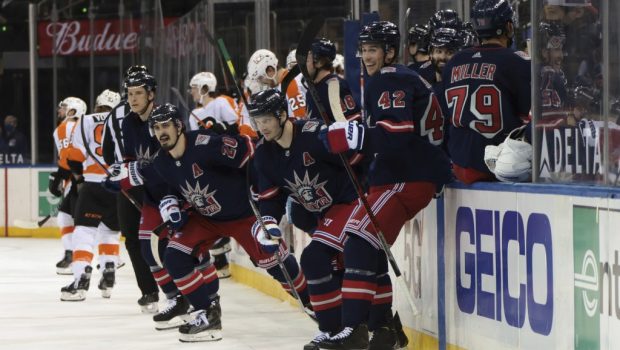 The Inky’s Sam Carchidi is the biggest homer in Philly media, and he won the All Cliche Award in his first two sentences:

The defense had more breakdowns Wednesday night than rush hour on the Schuylkill.

Goalie Brian Elliott, who could have sued for nonsupport, allowed five goals and was pulled for the second straight game as the Flyers were embarrassed on national TV.

The Flyers set a dubious franchise record by allowing seven goals in a period.

The @NYRangers scored SEVEN goals in the second period.

But @MikaZibanejad? Yeah, he was in on SIX of those goals… ? #WNH pic.twitter.com/mCx9lAHwo0