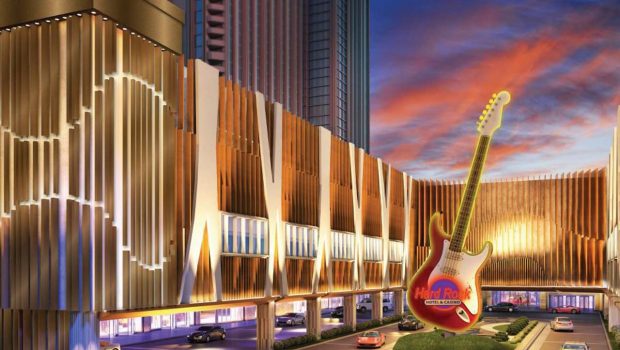 The United States Supreme Court ruled today 6-3 to strike down the Professional and Amateur Sports Protection Act (PASPA), a 25-year-old law that effectively limited sports gambling to the state of Nevada.

The case was brought by former New Jersey Gov. Chris Christie, who argued against the NCAA and four professional sports leagues, not to mention both the Obama and Trump administrations, that PASPA was unconstitutional.

Christie was proven correct, and all casinos in the Garden State like the Hard Rock Casino, due to open on June 28, will benefit.

But since most of the sports betting in this football-crazy occurs in the fall with pro and college football, there is some time to tweak it out.

So, what changes now?

First the ruling needs to be sorted out. A storefront sportsbook, like the ones across Europe, will not open down the block from your house today so you can bet on the Golden State-Houston game.

The ruling kicks the issue to the United States Congress to sort out, so politicians (and lobbyists) are going to be involved. If the feds don’t act, however, then the issue can be decided on a state-by-state basis. It’s expected that if Washington comes up with something, it will still allow state governments to handle local legalization, the way it is with lotteries (44 states have them) and casino gambling (30 states allow it). Industry estimates peg 32 states as likely to legalize initially, with more coming as they realize the revenue being lost.

In anticipation of this ruling, six states have already passed legislation on the legalization of sports wagering: Connecticut, Mississippi, New Jersey, New York, Pennsylvania and West Virginia. Those could get up and running in a matter of weeks.

however it’s possible the feds will step in to pump the brakes, at least for a little while. States would need to adjust accordingly.

Ten other states, including major markets California, Illinois and Michigan, are considering or have considered legislation in the past year. Those can be revived, rewritten and passed based on legislative schedules.

What’s undeniable is that there is a massive public thirst to gamble. In 2017, the American Gambling Association reports sports wagering hit a record $4.9 billion in Nevada alone. People living everywhere else have been forced to wager exponentially more than that through local bookmakers, often linked to organized crime, or, of late, offshore sites via the Internet that offer no consumer protections.

Neither, of course, provides tax revenue or a cut to the leagues themselves.

And the leagues want in. This is a watershed day for all of them, and not simply if they can negotiate a cut of revenue under the premise that they need an “integrity fee” to staff up monitoring and enforcement of their contests.

The NBA has already proposed a 1 percent fee. If that’s an opening salvo, then it’ll likely get less, but it’s still a ton. In West Virginia, one proposal had a cut of every wager earmarked as an “integrity fee” for West Virginia University and Marshall, potential windfalls that could help reshape college athletics despite the NCAA’s vehement defense of PASPA.

It’s the axillary money that will rain down and, in some cases, already has.