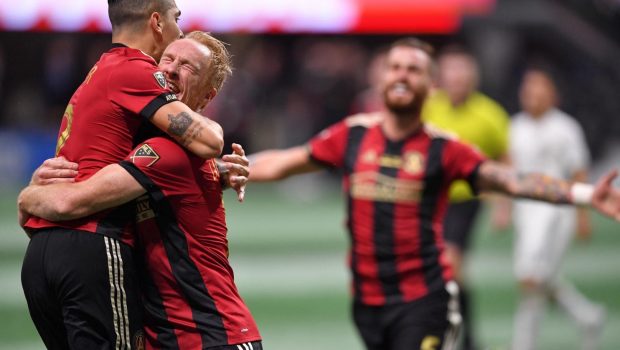 ATLANTA UNITED WINS MLS TITLE IN ONLY THEIR 2ND SEASON!

Standing from start to finish — and then some in celebrating the city’s first major trophy since 1995 — a championship-record crowd of 73,019 at Mercedes-Benz Stadium watched Atlanta United cap an extraordinary first two seasons in MLS with a 2-0 victory over the Portland Timbers.

Venezuelan Josef Martinez, the league’s leading scorer and MVP, struck late in the first half and assisted on Argentine defender Franco Escobar’s goal early in the second. And 50 years after the Atlanta Chiefs won the first North American Soccer League crown, United basked in the sport’s incredible growth in this gridiron stronghold.