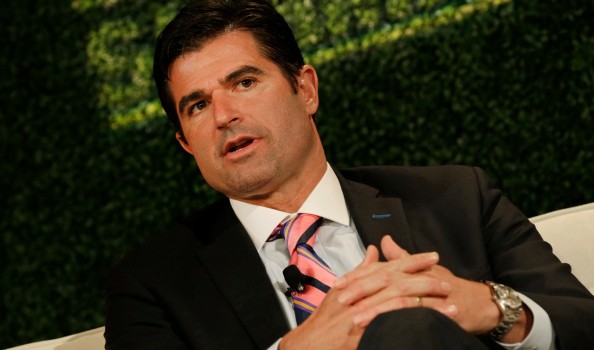 AT LEAST THE SIXERS, UNLIKE THE JUST-AS-BAD FLYERS, HAVE A PLAN!

It’s easy to beat up on the Sixers, who are now 0-8 this young season and have committed to the teardown-and-build-up approach that has worked elsewhere in the NBA.

Unlike the Flyers, who are just as bad on the ice as the Sixers are on the court but get coddled by the Philly butt-boy media.

O’Neil, in his third season as CEO, looked beyond the losing for hope in the next few years. He sees No. 3 overall pick Jahlil Okafor already putting up big numbers and second-year forward Nerlens Noel blossoming into a solid NBA player. Throw in Nik Stauskas and Robert Covington – and two players from the 2014 draft who have yet to play – and the Sixers (0-7) could have some keepers once they emerge from the fog of failure.

”We’ve got (Joel) Embiid and we’ve got (Dario) Saric, who said he’s coming. We’ve got four firsts,”’ in the draft, O’Neil said Tuesday at a sports exec symposium.

”I want to scream, like, ‘Are you guys kidding me? I would scream it.’ When people say, ‘You’re set back. You’re too slow,’ I’m like, ‘Have you guys lost your (bleeping) minds?’ Like, seriously, this is it.”