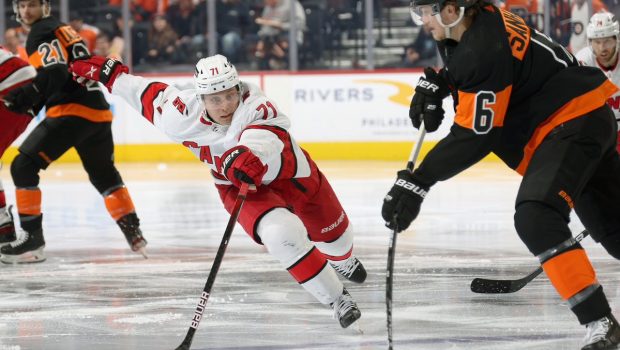 AT LEAST FLYERS GOT A POINT AND LEFT THE METRO DIVISION CELLAR!

Brett Pesce’s overtime goal gave the Hurricanes a 4-3 win over the Flyers.

Hurricanes goalie Frederik Andersen made 38 stops, including a stellar save late in overtime on Cam Atkinson.

Gerry Mayhew, Patrick Brown and Oskar Lindblom tallied goals for the Flyers. Philadelphia, playing its second contest of a club-record eight-game homestand, lost its fifth in a row and 18th in the past 20.

It was the second straight close defeat against an Eastern Conference top-tier team, following Thursday’s 5-3 loss to Washington in which Philadelphia gave up three goals in the final 3:51.

“I think it’s been like this lately,” Lindblom told the AP. “Some games we’ve been playing well and we have a chance to win, but we find a way to lose somehow. Played pretty well, but we need to find a way to win. That’s the only thing that matters in this sport.”