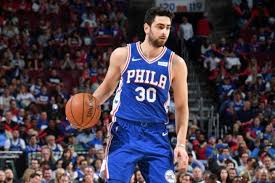 At 34-21 and in the No. 5 spot for an East playoff spot, the Sixers need the All-Star break more than most NBA teams.

They’re 3-4 in their past seven games, and all four of those losses were on the road and by double digits. They seem to have chemistry problems and often tune out head coach Brett Brown. Joel Embiid is underachieving, and other teams are reportedly preparing for him or Ben Simmons to be made available this summer.

All of this drama could, of course, be eradicated with some strong post-All-Star play.

They’ll need to improve upon their awful 9-19 road record — that’s the same road record as the Knicks.

One way to improve that road record: Space the court better.