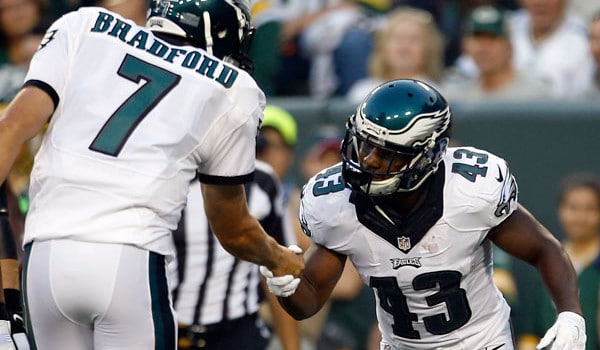 Analysis: After years of not living up to his draft status in St. Louis, Sam Bradford may have his shot in Philly. At the least, Bradford is the perfect type of quarterback for Chip Kelly’s offense: a smart facilitator. Kelly has yet to have this, or at least one of Bradford’s caliber, and it is going to be a treat to see where the Eagles offense goes from here.

On the other side of the ball, the Eagles look good as well, even if defense is not Kelly’s forte. Their defensive front will be one of the most disruptive in the NFL, while the secondary will look to be improved by the signings of Byron Maxwell and Walter Thurmond, as well as the drafting of Eric Rowe. Not only will the Eagles put up points, they are going to allow fewer of them.