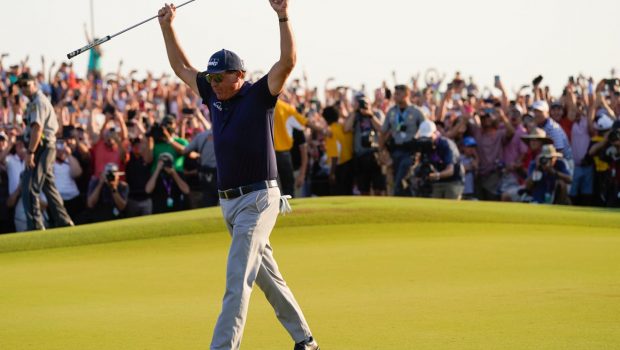 Phil Mickelson etched his name in golf’s historical record yesterday with a staggering victory in the 103rd PGA Championship.

While doubters waited for Mickelson to falter, since he hadn’t had a top 10 finish in a major since 2016, he kept his concentration during a rollercoaster round on the windswept Ocean Course at Kiawah Island to become the oldest men’s major champion at 50 years, 11 months and 7 days old.

“This is just an incredible feeling because I just believed that it was possible but yet everything was saying it wasn’t,” Mickelson said. “I hope that others find that inspiration. It might take a little extra work, a little bit harder effort to maintain physically or maintain the skills, but gosh, is it worth it in the end.”