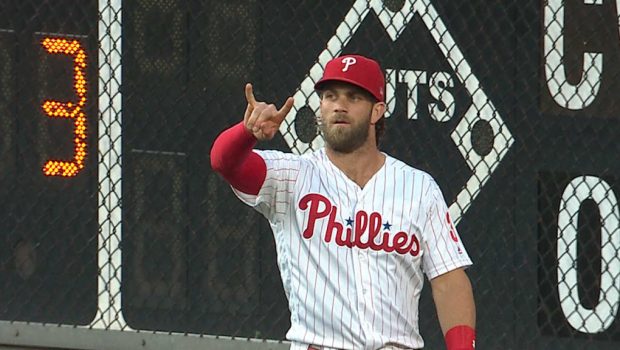 In Vegas, the smart guys still say that MLB is a fave to start the 2020 season at the end of this month.

And they have also posted numbers of National League MVP:

Harper didn’t make the All-Star team last season, his first with the Phillies, but still put up very respectable numbers, including 35 home runs and 114 RBIs.

He can carry a team for 60 games and already has one MVP.