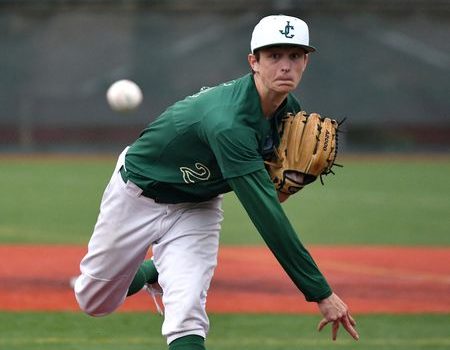 He’s the first high school player from Oregon drafted in the first round since the Royals took Matt Smith in 1994.

The 6-5 Abel has been a first-round candidate since hitting the mid-90s on the radar gun early in his prep career.

Still, he had an inconsistent summer last year and had just one outing this spring. A hard slider is his best secondary pitch, and he receives good reviews for his maturity and makeup.

Abel is the top high school pitcher selected in this draft.

He is an Oregon State commit who looks every bit the part of an elite starting pitching prospect.

He has a lanky build and touches 97 mph with three above-average pitches.

Coming from the Pacific Northwest and without playing a single high school game this year, he has thrown fewer pitches than many other pitching prospects in this draft, which also makes it tougher to evaluate him.