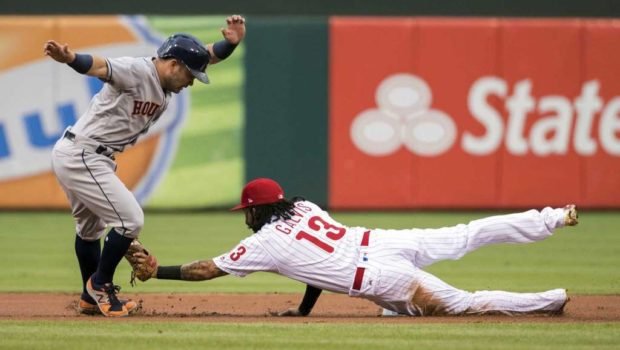 Jose Altuve had four hits and extended his hitting streak to 16 games as the Houston Astros routed the Phillies 13-4.

Altuve had two singles, two doubles and three RBI to lead a potent Astros offense that rapped out 18 hits, eight for extra bases.

They improved to 66-33 — the AL West leaders have the best record in their league by far.

“This is as good a team as we’ve seen,” Phillies manager Pete Mackanin said. “They go up there to do damage. They look like they’re ready to hit every pitch. They’re not taking pitches to get a look at the pitcher. If you make a mistake out over the plate, they’re going to hurt you.”

Phillies rookie Nick Williams had a bases-loaded triple in the seventh, extending his hitting streak to nine games. In just 20 games, he has 22 hits, 11 for extra bases, and has 18 RBI.