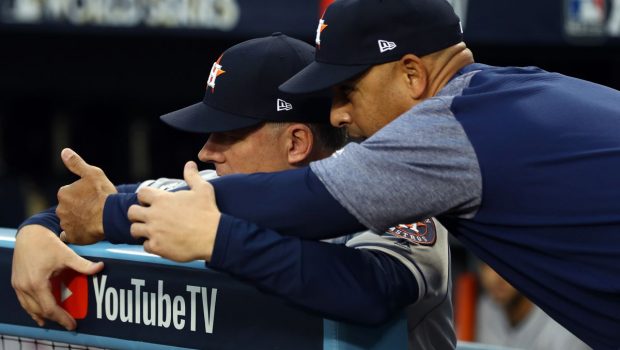 A federal judge has dismissed a lawsuit by fantasy sports contestants who claimed they were damaged by sign stealing in Major League Baseball.

Five men had sued MLB, MLB Advanced Media, the Houston Astros and the Boston Red Sox in federal court in Manhattan, claiming fraud, violation of consumer-protection laws, negligence, unjust enrichment and deceptive trade practices by teams that violated MLB’s rules against the use of electronics to steal catchers’ signs.

“A sport that celebrates `stealing,’ even if only of a base, may not provide the perfect encouragement to scrupulous play,” U.S. District Judge Jed S. Rakoff wrote in a 32-page opinion. “Nor can it be denied that an overweening desire to win may sometimes lead our heroes to employ forbidden substances on their (spit) balls, their (corked) bats, or even their (steroid-consuming) selves. But as Frank Sinatra famously said to Grace Kelly (in the 1956 movie musical High Society), “there are rules about such things.”