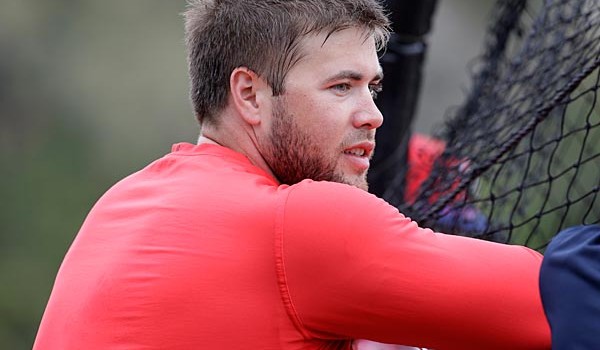 The Phillies’ offense is very left-handed heavy, which makes right-handed hitter Darin Ruf a pretty important part of their 2015 roster.

After Carlos Beltran’s RBI single off Joely Rodriguez in the sixth inning tied the game for the Yankees, Ruf (photo above) hit his first spring homer in the eighth to put Philly up in a 7-3 victory over New York at George M. Steinbrenner Field on Thursday night.

Utley went 2-for-2 with one walk and two runs scored. He has not played in the field yet because of a sprained right ankle, but Phillies manager Ryne Sandberg said before the game that could be coming soon.