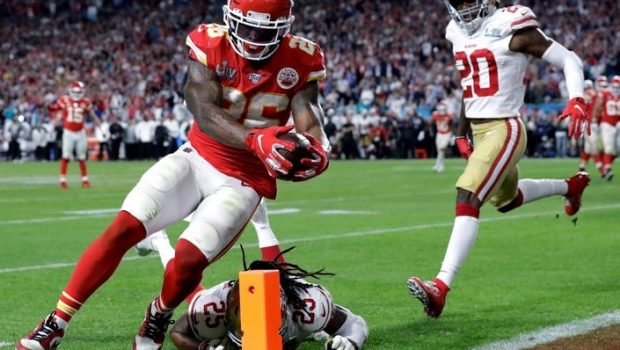 AS WE PREDICTED, CHIEFS NOT ONLY WON BUT COVERED!

From a gambling perspective, the Chiefs blew past their -2 or -1.5 spread, but the under 53 hitting was a surprise.

Pat Mahomes finished with 29 rushing yards because of a deep kneel that helped run down the clock after being at 44 rushing yards late in the game. And Williams’ final scamper put him at 104 yards, to cross off another of the more popular player props of no player hitting 100 rushing yards.

In the end, Mahomes and Williams and Hill and Kelce and Andy Reid and Steve Spagnuolo (through his unheralded defense) wound up with yet another double-digit playoff victory despite having face a double-digit deficit early in the game.

It’s what these Chiefs did all postseason, and it was how they ultimately won Super Bowl LIV.