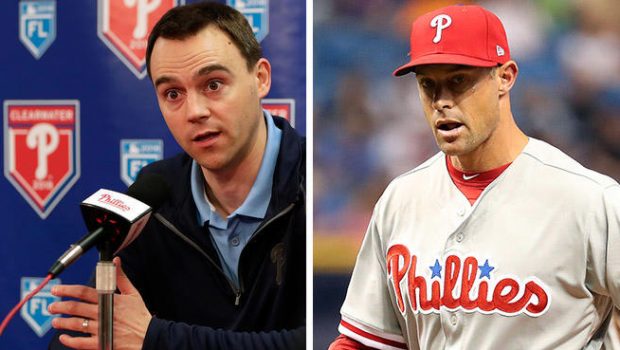 The Phillies still have a manager, Gabe Kapler, and a general manager, Matt Klenta (above).

Even though their failed regular season ended eight days ago with a mediocre 81-81 record after shelling out $455 million in salaries.

So what’s up, John Middleton, the former cigar company billionaire who is now the Phils owner of record?

As Middleton dithers, the Los Angeles Angels will interview Joe Maddon for their vacant managerial position today, according to ESPN.

The Angels, who finished 72-90, fired Brad Ausmus after only one season on the first day of their offseason.

Maddon then went on to manage the low-budget Tampa Bay Rays, a highly successful nine-year run that included the franchise’s only trip to the World Series. From there, Maddon led the Chicago Cubs to their first title in more than 100 years. He was dismissed after five seasons.