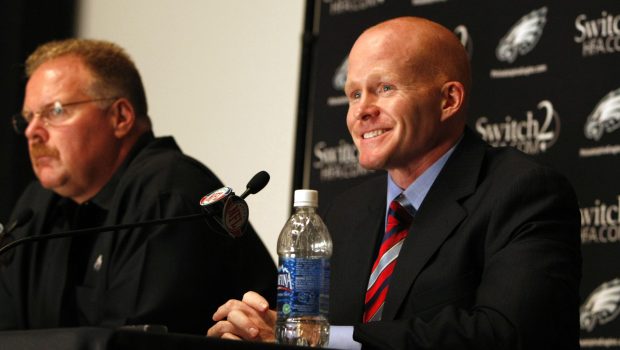 AS EAGLES LURCH TO FIND A COACH, 2 ALUMS FACE OFF FOR AFC TITLE!

In case you hadn’t noticed, the Eagles don’t have a coach after firing Doug Pederson 10 days ago.

They have interviewed so many replacements that it sometimes seems that have just gone on Craigslist to find prospects.

But two of their coaching alums are getting ready to face off next Sunday in the AFC title game:

Reid says McDermott deserves to win the NFL’s coach of the year award for his work in Buffalo this season.

Reid gave McDermott his start in the NFL; McDermott spent his first decade as an assistant coach under Reid in Philly. Now they both are at the top of the profession, coaching against each other for a trip to the Super Bowl.