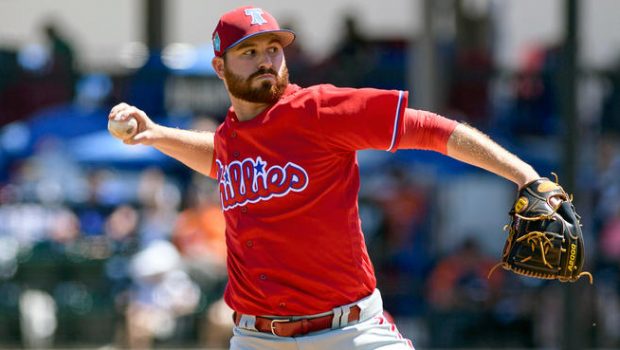 ARRIETA’S IN CLEARWATER TUNING UP FOR APRIL 8 PHILS DEBUT!

Jake Arrieta has been assigned to Class A Clearwater while working into shape for his Phillies debut. Since the 2015 NL Cy Young award winner got a late start in spring training finalizing a $75 million, three-year deal March 12, he’s in Florida to pitch simulated games before making his first start for the Phils on April 8 at Citizens Bank Park against the Marlins. Arrieta has started two spring training games for the Phillies, giving up 10 hits, two homers and six runs in five innings. The 32-year-old went 14-10 with a 3.53 ERA last season with the Chicago Cubs.