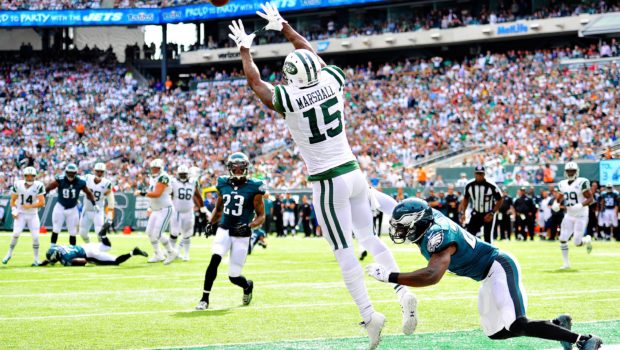 The Eagles need to give second-year starter Carson Wentz better options in the passing game, and Brandon Marshall remains one of the most dangerous red zone targets in the league.

He’d improve an area of weakness for a team that accumulated just 16 passing touchdowns in 2016.

At 32 years old, Marshall may not be the all-around, unstoppable threat that he once was, but he can still tilt coverage his way.

Adding him would also allow the Eagles to keep Jordan Matthews in the slot, where he’s most effective.