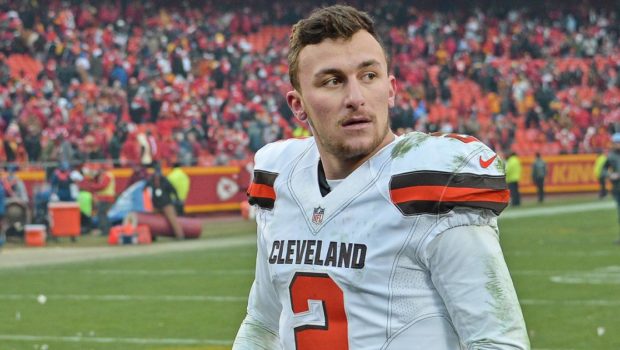 ARENA LEAGUE MAY BE WHERE JOHNNY (OUT OF) FOOTBALL BELONGS

“We could provide a strong platform for him to demonstrate that he is back,” Butera said. “We would also work with him and provide him whatever help he needed to live a healthy life.”

The Arena Football season only has four more weeks, so at the moment, Butera’s comments seem designed more to get a little attention for his league than like a serious offer to have Manziel sign with one of Arena’s eight teams.

If Manziel ever gets serious about trying to jump start his career, however, he might have no choice but to play in a league like the AFL or the CFL. The NFL is going to want Manziel to prove himself before he gets another chance.