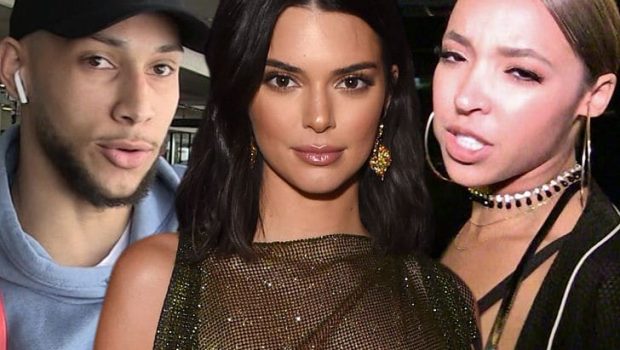 SIXERS BENNY’S KENDALL BREAK-UP: WHY HE’S SUCKED ON THE COURT?

They were at a point in their relationship where their dates were just excuses to hang out with each other: They went to Drexel basketball games; they took trips to the Cherry Hill Mall. Ah, love. It almost brought tears to my eyes.

Unfortunately, things have not been quite so lovely for Bendall since mid-March. Later that month, Simmons and Jenner reportedly had a tiff over a necklace that Simmons continued to wear even though it was from an ex-girlfriend, singer Tinashe.

That isn’t that big of a deal. Many relationships thrive despite one or both partners bringing in baggage from exes. Some people even have kids with their previous partners! Surely Bendall would get over this hump.

Eh, maybe not. In April the International Business Times, in an important story on international business, wrote that Jenner had “ditched” Simmons” (for a day with her family). More recently, Jenner has been seen in the company of two exes, NBA players Blake Griffin and Jordan Clarkson (not at the same time).

Sports gossip blogger Terez Owens even tweeted that the pair had split. MediaTakeOut says she’s back with Griffin. The IBT, again, had a take: “Kendall Jenner Wants To Shave Hair Off Amid Ben Simmons Breakup Rumors.” It seemed like the whole media was against them. Fox News even shipped Jenner with a Kennedy (John Bouvier Kennedy Schlossberg, JFK’s grandson).

All hope for the couple’s boosters—please picture me, waving a “Bendall” pennant—is not lost. Hollywood Life reported in late April that Simmons and Jenner were just taking a break to allow Simmons to concentrate on the NBA playoffs. “Ben is devoted to the NBA playoffs right now and going out on dates with Kendall would be a bad look for a team that is looking to win the NBA Championship,” the source told the site.

Ah, yes, basketball. Currently, the Sixers are down 3-2 in their series against the Toronto Raptors in the second round of the NBA playoffs. Game 6 is tonight in Philly, and Simmons needs to play better than he did in Games 4 and 5.