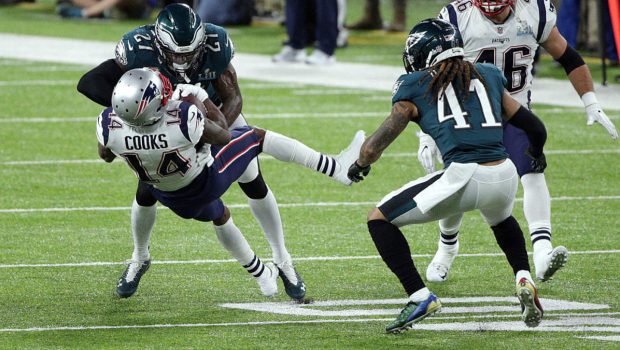 Former ESPN insider Jordan Schultz is reporting that the Eagles, along with numerous other teams, had called the Texans about veteran wide receiver Brandin Cooks before he signed an extension yesterday.

Cooks, who turns 29 in September, had 90 catches for 1,037 yards and six touchdowns last year while catching passes from the likes of Tyrod Taylor and Davis Mills.

He’s put up six 1,000-yard seasons over eight years in the league, and has 46 career touchdowns.

I’m told #Saints and #Eagles have also inquired about Brandin Cooks, whose 8,364 receiving yards rank sixth in the league since his rookie season of 2014.