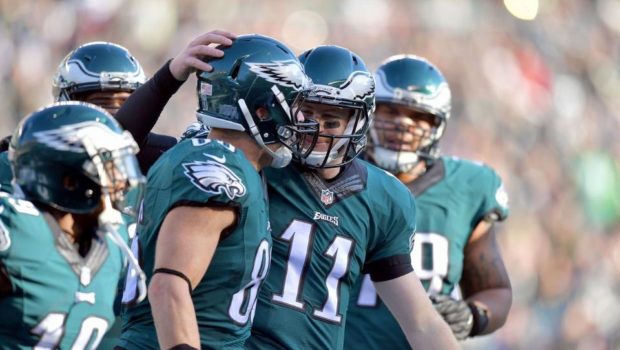 ARE EAGLES GOING TO LOSE CARSON WENTZ AND ZACH ERTZ?

He teared up as he spoke with reporters the other day.

” I think this city is the best city to play for,” Ertz said, taking a moment to wipe tears from his face. “And I couldn’t have asked for a better experience. It means a lot to me, it means a lot to my family, and I’m thankful.”

Ertz actually thanked the media for their work in covering the Eagles during his eight years in town.

The Eagles able to save roughly $4.5 million in cap by cutting Ertz before the 2021 season, and with Dallas Goedert on the roster through 2021 on a much more affordable rookie deal, it seems likely.

Ertz has lived up to his second-round status in his eight seasons in Philadelphia, making three straight Pro Bowls from 2017-2019 and averaging close to 760 receiving yards and over four touchdowns per season in his career. He became Carson Wentz’s favorite target when Wentz joined the team in 2016 as the second-overall pick out of North Dakota State, forging an on-field relationship that helped propel the Eagles to a stellar 2017 season.

“We just weren’t clicking early on,” Ertz said. “It was just dumbfounding to a certain extent because we’ve been together for so long we can pretty much tell each other exactly what the other person’s going to do. … We couldn’t really pinpoint it but the thing that we knew we were going to do is just continue to work at it. Unfortunately when I got hurt, we never got that opportunity to kind of right the ship, and then when I got back, he got benched the following week, so we weren’t able to get on the same page really ever.”