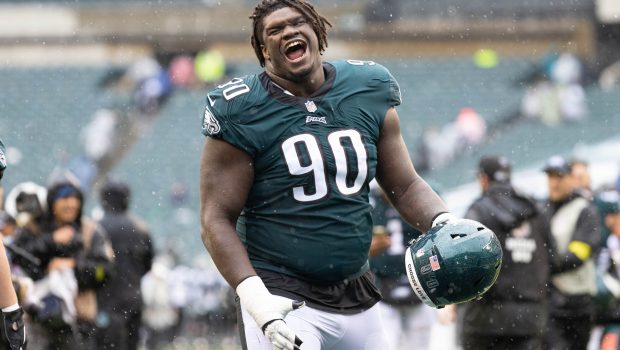 The Eagles first loss finally came in an ugly turnover riddled battle with the Washington Commanders, 32-21 at the Linc Monday night.

Unable to stop the run from beginning to end doomed the Birds in this NFC East rivalry game.

They gave up chunks of yardage series after series, keeping the offense off the field most of the game — Washington beat the Birds in time of possession 40 minutes to 20.

When the Eagles did have the ball they coughed it up four times for the 1st time all season. QB Jalen Hurts threw an interception, and three fumbles were committed in losing their first game of the season in front of the home crowd.

Running the ball down the Eagles throats has become a blueprint on how to move the ball on this team.

Since DT Jordan Davis went down with a high ankle sprain the run defense has suffered — defensive coordinator Jonathan Gannon must figure out how to plug those holes before Davis comes back in a few weeks.