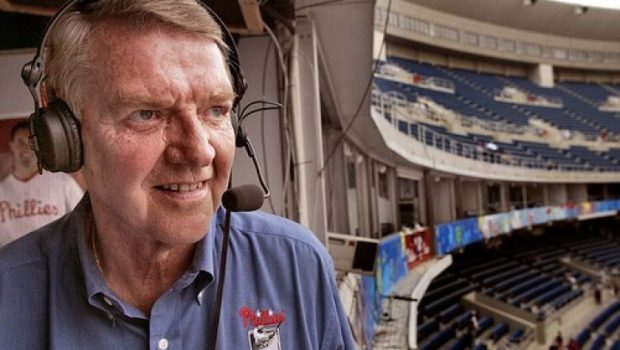 As we pause sports because of the coronavirus pandemic, it is good to remember one of the saddest days in Philly sports history.

On April 13, 2009, while preparing for a game in Washington, Phillies legendary broadcaster Harry Kalas died in the press box at Nationals Park.

The Phillies decided to play the game, winning 9-8.

Kalas was the Phillies’ play-by-play announcer from 1971 until his death. He called six no-hitters, six National League Championship Series and three World Series in his career.

Kalas was honored with the Baseball Hall of Fame’s Ford C. Frick Award in 2002.