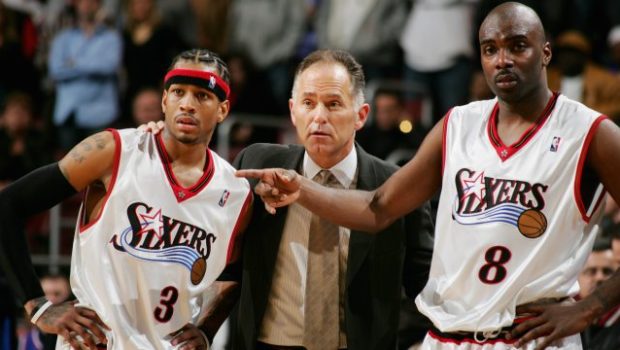 For any Philly sports fan who has paid attention to the comings and goings of our four pro teams, the Sixers are about to fall into the old trap of:

Recycling coaches and execs from the scrap heap of history just because they are a “Philly guy” or they know someone who is.

All of them were hired because of a Philly connection.

And now we have Jim O’Brien, a washout of a Sixers coach (above with Allen Iverson and Aaron McKie) who is about to become an assistant to Brett Brown.

O’Brien, who is from Philly and went to Roman Catholic, last coached in the NBA as an assistant with the Dallas Mavericks in 2012-13.