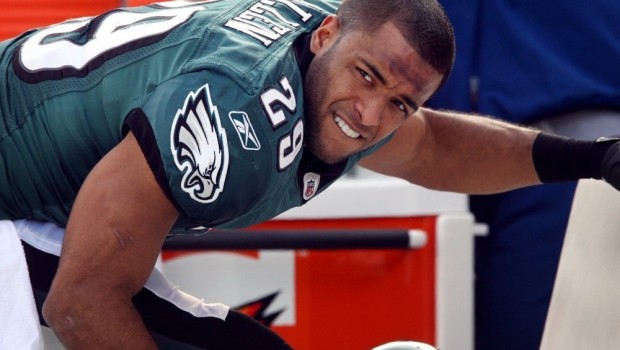 ANOTHER REASON FOR THE EAGLES TO GET RID OF NATE ALLEN

It is no secret that Nate Allen has been a bust for the Eagles.

Five seasons of underperformance at safety is enough, and since Allen is eligible for free agency on March 10 don’t expect to see him in midnight green in September.

Now, there is another reason to get rid of him.

According to CSNPhilly.com, Allen was detained by a Fort Myers, Fla., police officer after dinner Monday night. A 16-year-old girl reportedly accused Allen of indecent exposure, which led him to be brought in for questioning by police.

However, police released Allen amid a changing story from the accuser and did not levy charges.

Allen told CSNPhilly.com he vowed to clear him name following the incident and that “someone definitely lied.”