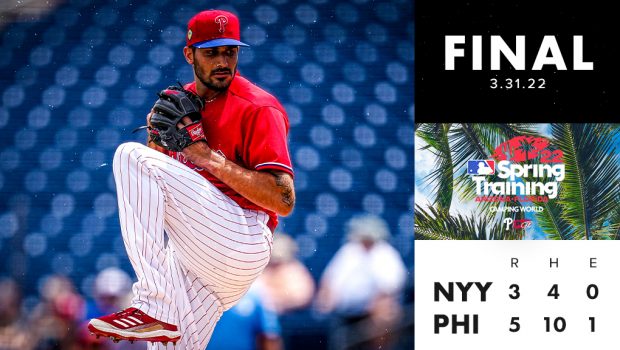 The Phillies beat the Yanks yesterday in Clearwater 5-3, and the big story was Zack Eflin.

He started and pitched 3 2/3 innings, allowing no runs with good looking stuff as he continues his comeback from knee surgery last season..

New Phillie Nick Castellanos came up to bat and singled a line drive to left that then scored Moniak.

Things really heated up when the reigning NL MVP Bryce Harper hit a two-run home run to right center field to increase their lead to 5-0 in the fifth.