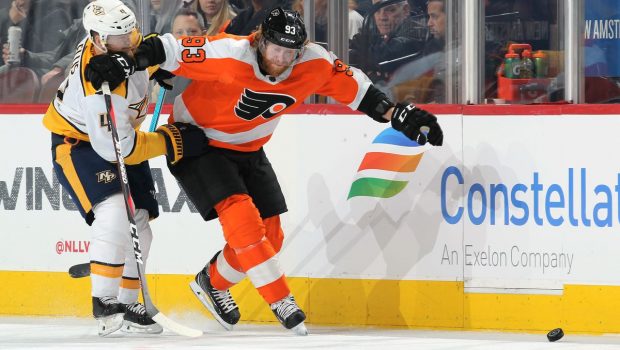 Flyers defenseman Ryan Ellis will miss the entire 2022-23 season with a multilayered injury in his pelvic region.

And GM Chuck Fletcher did not rule out the potential of Ellis’ injury to be career-ending.

“Certainly that’s a possibility,” he said today at the start of Flyers training camp.

“I’ll just say that my assumption is he won’t play this season. If he does, it’ll be a bonus. That’s how we’ve prepared this offseason by making the additions we did on the blue line.”

The top-pair defenseman was forced out for all but four games last season, his first with the Flyers. He was the club’s prized offseason addition last summer. In an attempt to fill the Flyers’ gaping hole on their top defensive pair, Fletcher acquired Ellis in a trade with the Predators.

Right now, surgery doesn’t seem like a viable option because of the complexity of the injury.

“I know we’ve been probably vague with describing the injury. I think we called it multifaceted, which it is,” Fletcher said. “There’s a psoas (back muscle) component of this, there’s a hip component, there’s an abductor component. So I’m not sure if you go in and repair one part, it’s going to fix everything.

“We’re trying to work with trying to get everything back, rehab everything back. I’ve never heard of an injury like this, it’s very complicated. A torn psoas is a very significant injury for a hockey player, a very rare injury. We’re doing the best we can and we’ll just leave it up to the medical experts.”

Fletcher said placing Ellis on long-term injured reserve is an option for the Flyers. They’ll have that decision near the end of the preseason or early in the regular season.