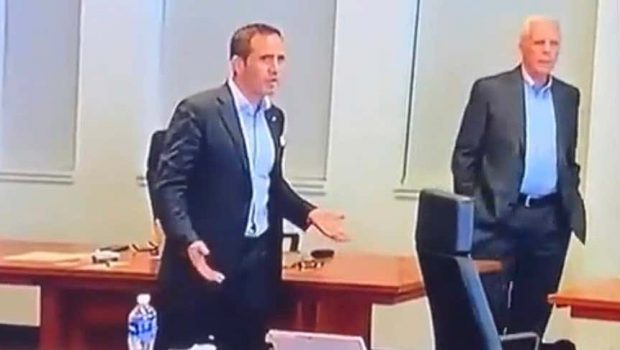 ANOTHER EAGLES EXEC LEAVES — WHAT’S UP WITH THAT, HOWIE?!

It seems like the Eagles lose a front-office exec almost every day.

Tom Donahue is the latest.

And the Inky’s Jeff McLane has some reporting on that:

McLane reported that Donahoe had “become increasingly despondent over personnel decisions and could be eyeing retirement as a result.”

Donahoe’s frustration was unforgettably on display during the 2021 NFL Draft. The video of him reluctantly fist-bumping Howie Roseman after the Milton Williams pick went viral.