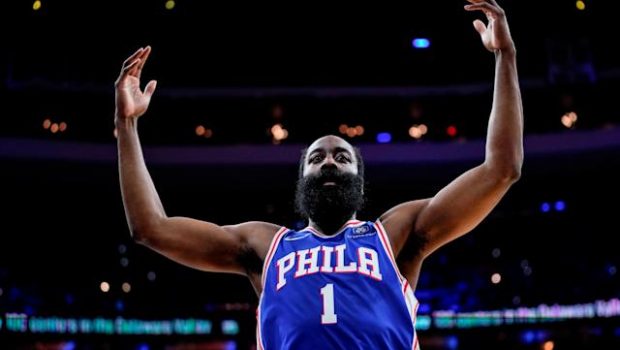 ANOTHER DISS FOR SIXERS HARDEN: ONLY 7TH-BEST NBA POINT GUARD!

In 21 games with the Sixers after the trade from the Nets last February 10, James Harden averaged 21 points, 10.5 assists, and 7.1 rebounds.

He was dealing with hamstring issues, but he still almost averaged a triple-double.

HoopsHype ranked the top 25 point guards in the league, and Harden came in ranked 7th on the list:

So tales of Harden’s demise may have been greatly exaggerated, and with an offseason to heal from nagging injuries and preseason to mesh with his new team, we expect more big things from the former league MVP in 2022-23.