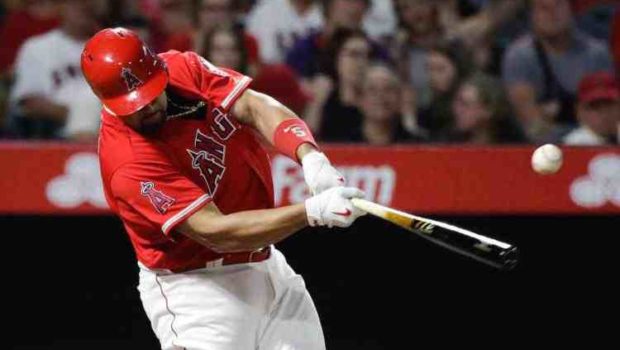 Albert Pujols hit a three-run homer and a two-run double and the Angels snapped the Phillies‘ five-game winning streak with a 7-1 victory.

Pujols followed up his go-ahead double off Aaron Nola (8-7) in the fifth inning with his 608th career homer in the seventh off reliever Mark Leiter. The slugger is one homer behind Sammy Sosa for eighth place in baseball history.

“This game gives to you and takes away, too,” Pujols said. “If you go out there and get a base hit every time or get a zero every time, I don’t think this game would be fun. The thing about this game is it challenges you, and you get mentally stronger.”

Tommy Joseph drove in the only run in the first inning for the Phillies, who failed to match their longest winning streak of the season in the opener of an eight-game road trip.