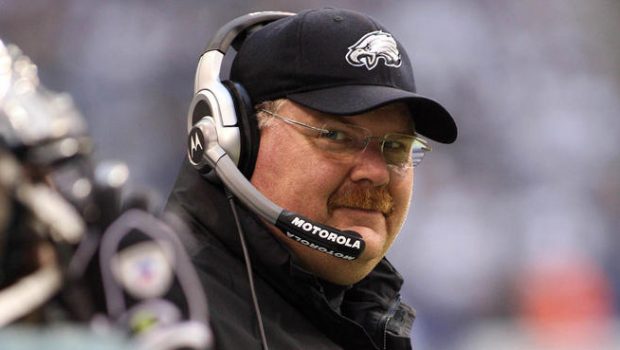 ANDY REID’S GOT 4TH-DOWN BALLS IN KC, JUST AS HE DID IN PHILLY!

Somehow, Andy Reid cuts through all the doubts in his head. He has a confidence on fourth down that his adversaries simply don’t — especially in the playoffs.

In the past five postseasons, NFL coaches have gone for it on fourth and short just 37.6 percent of the time.

Reid? He has gone for it fully 60 percent of the time. In the past two games alone, he has elected to go for it three times, and he hasn’t come up shy yet. He’s 3 for 3.

“I think it goes to the core of what he stands for, his core motto that he wants to live by and coach by, which is, ‘Fear nothing,’ ” says Washington quarterback Alex Smith, who spent five seasons with Reid in Kansas City.

One thought on “ANDY REID’S GOT 4TH-DOWN BALLS IN KC, JUST AS HE DID IN PHILLY!”