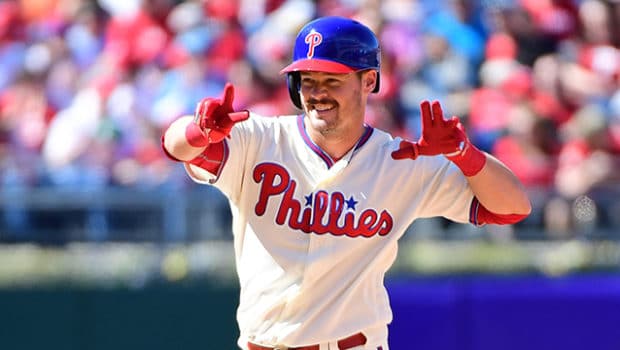 Knapp may be a surprising choice, but Phillies right-hander Tommy Hunter can explain.

First, Knapp is a smart guy. He attended Cal-Berkeley before the Phillies selected him in the second round of the 2013 MLB Draft.

Second, he will say something that a player initially does not take as a dig, then the guy walks away only to realize he has just been insulted. Or, at least, that is what has happened to Hunter.