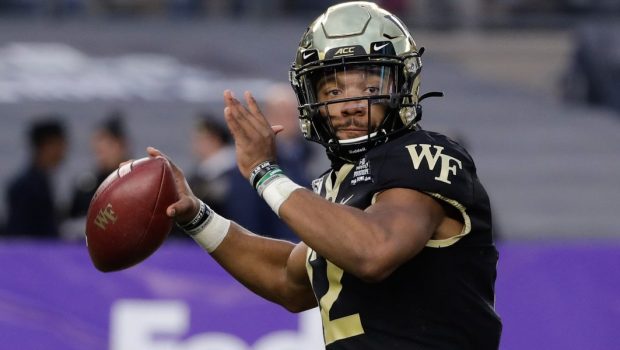 Newman engineered one of the most prolific seasons by a quarterback in Wake Forest history in 2019, completing 61 percent of his pass attempts for 2,868 yards with 32 total touchdowns.

Tate was originally signed by the Eagles following the 2020 NFL Draft out of the University of Arizona where he had a decorated career as a quarterback.