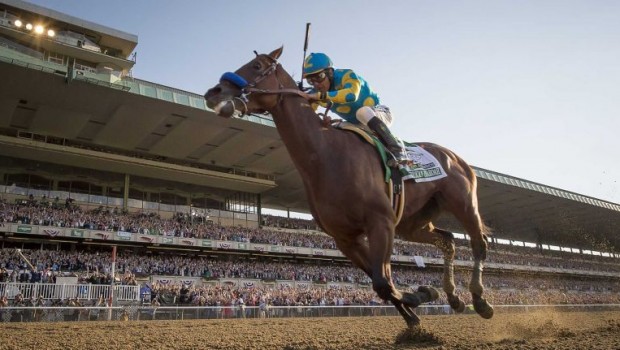 The biggest question in horse racing is no longer why there hasn’t been a Triple Crown winner since 1978 when Affirmed turned the trick.

American Pharoah is now royalty, and he reaffirmed his place in the hearts of racing fans everywhere on Sunday when he came to Monmouth and won the Haskell.

After the Haskell, he was led back to the stall he’s been staying in at trainer Kelly Breen’s barn on the Monmouth Park backstretch. While Baffert jetted back to California on Sunday night, and owner Ahmed Zayat and family were celebrating somewhere in Jersey, the horse was headed back to California on Monday for some rest before he resumes training.

The biggest question is which race will American Pharoah run in next? There’s no answer right now, but the options include the Travers at Saratoga on Aug. 29, the Pennsylvania Derby on Sept. 19, and the Awesome Again Stakes at Santa Anita on Sept. 26.

”No clue,” Zayat said when asked about his colt’s next start.

Actually, there are. Baffert says he’s not keen on running against older horses. Of the three options, only the Awesome Again is open to 3 year-olds and up. The other two are for 3-year-olds.

And Zayat’s son and racing manager, Justin, has been saying his choice would be the Travers, which announced it would raise its purse by $350,000 to $1.6 million if American Pharoah runs.

The Pennsylvania Derby also is likely to offer more money — a $100,000 bonus!