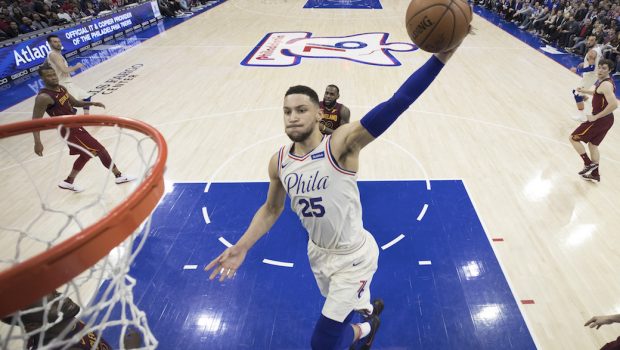 AMAZING SIXERS ARE TOAST OF THE NBA, AND SAM HINKIE IS SMILING!

In smoking-hot fashion, the 76ers stormed into their first NBA playoff appearance in six seasons with a total thrashing of the Milwaukee Bucks in game 82, 130-95.

They are also riding a franchise-record 16-game winning streak to end the campaign.

The evolution of this young Sixers team is mesmerizing to watch play out.

Super rookie Ben Simmons is getting more dominant before our eyes as he puts his stamp on NBA Rookie of the Year.

Amazingly they’ve won the last seven games without All-Star center Joel Embiid, out with a facial injury but due to rejoin the team when playoff action starts.

Before the start of the season they were installed by Las Vegas sports books as 100/1 to win the NBA title.

As the playoffs set to begin tomorrow night versus the Miami Heat, they are an astounding 15/1, according to VegasInsider.com, to take the Larry O’Brien trophy home to Philly!!

Of course, the availability of Embiid is factored into those odds, but the Sixers impressive run the last six weeks is lost on no one following this league.

The excitement surrounding the Sixers’ run is real as they get ready to host their first playoff action in South Philly in many years.