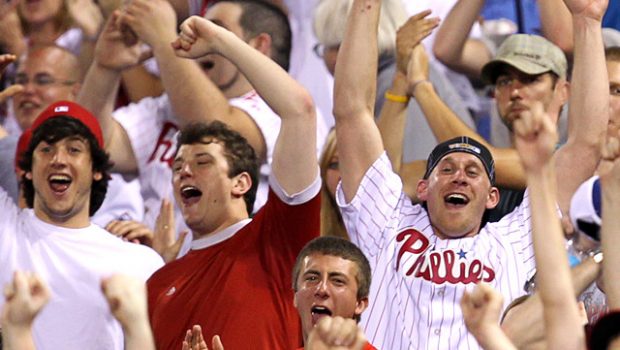 ALL VENDORS OPEN FOR PHILS GAMES: MASKS A MUST FOR 2YO AND UP!

So, the Phillies will welcome 8,800 fans for the first 19 home games this season, starting with the home opener April 1 against the Atlanta Braves.

“We’re super excited and we have two messages for our fans,” said Dave Buck, the team’s executive vice president yesterday. “First is mask up. The second is things are going to be different, but it’s going to be great.”

The 8,800-fan figure was worked out with city, Buck said, and represents about 20% capacity of the 43,000-seat ballpark. The city has imposed stricter Covid-19 restrictions than the state, which will be allowing outside venues like baseball stadium to operate at 50% capacity beginning next month.

The team is requiring all fans over the age of 2 to wear a mask at all times except when at their seats eating or drinking. No bags will be allowed into the ballpark except for medical bags, diaper bags and single compartment purses. The team will have lockers available for a “nominal fee” for fans who need to store bags, said Sal DeAngelis, director of operations/security.

Tailgating will be prohibited and e-tickets will contain preferred gates for fans to use to enter the ballpark.

All food vendors will be open this season.