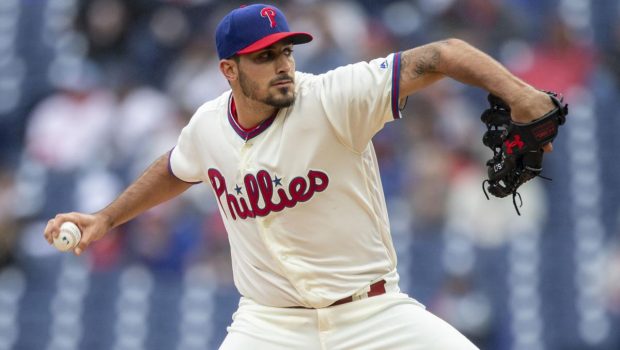 ALL OF A SUDDEN, ZACH EFLIN LOOKS LIKE A PHILLIES ACE!

Eflin (3-2) struck out nine and walked two in his seven innings of the Phils’ 7-0 win in the first game.

Since ’04, Eflin is just the fourth Phillies pitcher with three or more shutouts. Cliff Lee (eight), Cole Hamels (seven) and Roy Halladay (five) are the others. Since Eflin’s big league debut in 2016, only two pitchers have thrown more than three shutouts: Corey Kluber (six) and Ervin Santana (four).

It was the fifth complete game of Eflin’s career, too: 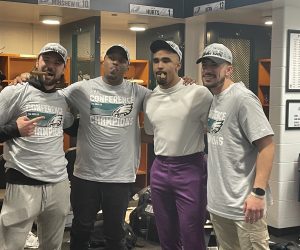 EAGLES HAVE A REAL QB (WHO CAN SING), NOT A ROOKIE SNOWFLAKE!