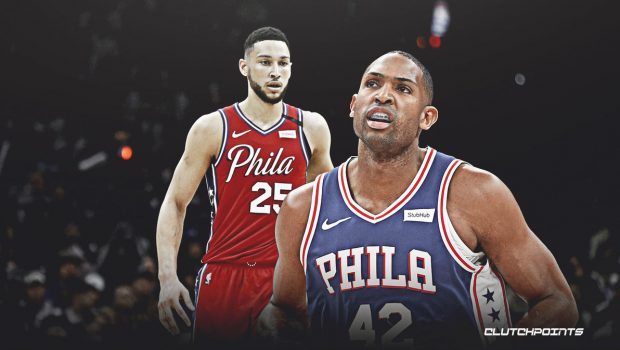 The 34-year-old veteran started in place of Joel Embiid and chipped in 13 points, nine rebounds, and was 4-for-5 from deep as the Sixers starters built a lead that melted as the scrubs took over in the second half.

“That’s Al. That’s what he does,” said Simmons, per USA Today. “He’s a great player, team-first guy, his IQ on the court is amazing, he knows how to play the game well, defensively he can move his feet, and having him here has been great. We’re only getting better, more confident, our chemistry is getting a lot better just the more we play.”

Horford joined the Sixers in the summer after three seasons with the Boston Celtics. It was considered one of the biggest pickups of that summer. After all, the 34-year-old Dominican is a proven vet. A five-time All-Star, Horford has always been a critical piece of every team he’s played in. His defense, leadership, and overall experience are his main assets.

“I know what I’m capable of,” Horford explained. “For me, it’s just going out there and I thought today we played with a good rhythm, a good pace throughout the game. Ben setting the tone for us, J-Rich (Josh Richardson), just down the list.”

In their first game in the NBA restart on August 1, the Sixers will go up against the Indiana Pacers, followed by the San Antonio Spurs, Washington Wizards, Orlando Magic, Portland Trail Blazers, and the Phoenix Suns.