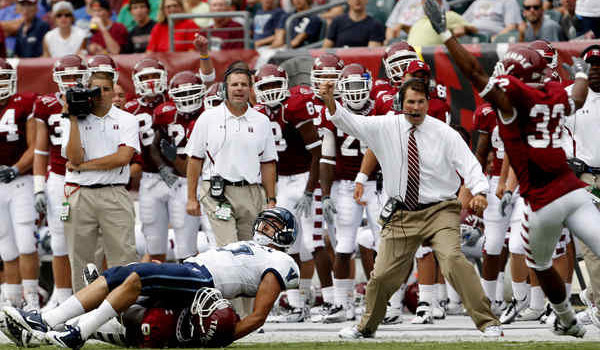 The Dallas Cowboys today will interview Golden, who was fired as Miami Hurricanes head coach in mid-season, for a spot on Jason Garrett’s coaching staff.

Golden will meet with Garrett in Mobile, Alabama, where the Cowboys are coaching the North team in the Senior Bowl. The Cowboys have a vacancy at secondary coach after the departure of Jerome Henderson to the Atlanta Falcons.

Golden went 32-25 with Miami but was fired in October of last season.

He and Garrett never have worked together but have developed a relationship over the years. Golden visited with Garrett and the Cowboys’ staff last offseason.

A tight end at Penn State, Golden coached linebackers at Boston College and Penn State and was the defensive coordinator at Virginia. He was the head coach at Temple from 2006 to ’10.