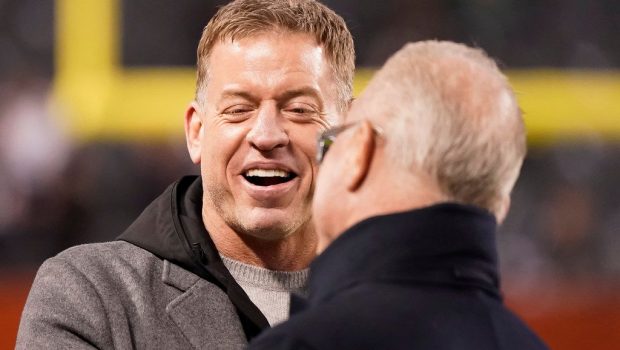 Jalen Hurts threw two interceptions and no touchdowns until the fourth quarter when the Birds finally broke through in garbage time to score twice.

“Those throws, they should be pretty simple completions,“ Aikman said after another errant pass attempt from Hurts. ”They just haven’t been.”

“DeVonta Smith has had a lot of 1-on-1 coverage. And he’s open” Aikman said. “If teams defended Michael Irvin like that, he’d have 10 catches in that first half. Instead it’s a lot of scheme for not many yards.”