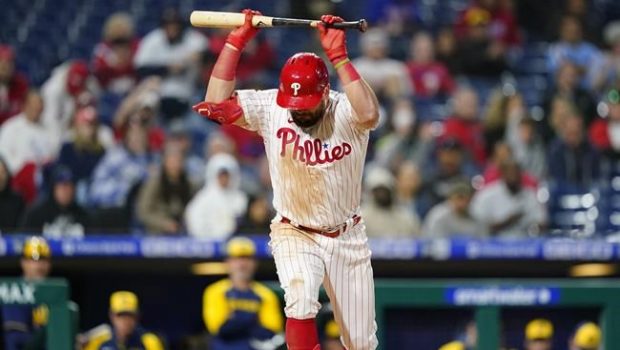 AFTER LOCKOUT AND MONTH INTO ’22 SEASON, MLB HAS BIG PROBLEMS!

If you are someone that loves keeping up with the latest sports news, you have probably noticed that Major League Baseball continues to have some bad publicity. \

This is a sport that locked out the players over the winter and it is full of owners that continue to claim that they are losing money.

Commissioner Rob Manfred is not someone that the players like, and the players aren’t afraid to speak out on a number of issues. Baseball has been losing fans for years, and it is no longer the most popular sport in the United States.

There was some hope that this new labor agreement would start to turn things around, but that hasn’t been the case to begin the 2022 season. It’s clear that some major changes need to be made, but most of the changes end up having a negative impact on the action.

Here are a few of the extremely noticeable ways in which MLB just continues to screw things up.

If you have been to a Major League Baseball stadium since the start of the 2022 season then you have probably noticed a lot of empty seats. This is always the case in the first part of the season, but it’s becoming a much bigger issue this year.

Some will point to the fact that fans are tired of the long games, or there are those that claim to be staying away because of the labor dispute that took place this Winter. Those are both valid excuses, but the biggest reason that fans are staying away is due to ticket prices.

Franchises are trying to make up the “lost money” from the COVID-19 pandemic, but fans just simply aren’t buying it. Every team has 81 home games a year, and they shouldn’t be charging outrageous prices just to watch a game.

Baseball is a game that has a long list of rules, and some of those rules have been around for over 100 years. There are also rules that have recently been changed and those have become a point of frustration for fans as well.

The biggest issue though is the long list of “unwritten rules” that no one can seem to figure out. Recently the San Francisco Giants came out and said that they are no longer following that set of rules, and it has turned into a major debate.

Basically, other teams want the Giants to stop trying if they jump out to a big lead, which goes against everything that sports is about. So now a sport that gets ragged for being a sport that isn’t fun to watch will have one team that is not trying for a handful of innings.

You also have the “old school” fans that are upset with the Giants for breaking these unwritten rules and it has turned into an absolute mess.

Robot umpires are coming to MLB at some point soon, and that might finally solve one of the biggest issues facing the sport today. The strike zone in MLB is incredibly inconsistent, and it appears that some umpires don’t have any clue what that strike zone should be.

You have umpires such as Angel Hernandez that simply make up their own rules every night, and it takes away from the overall product. There are games that have the outcomes changed because of calls from an umpire, and it seems to get worse every year.

Even when umpires go to the monitor for replay, it still feels like they get the call wrong more often than not.

You can go to any sporting goods store in America and pick up a baseball and know what that baseball should feel like. For whatever reason, baseballs in Major League Baseball continue to change every year, and it leads to complaints from both hitters and pitchers.

A few years ago pitchers were complaining because the baseballs were juiced and it led to a barrage of home runs. Baseball tried to fix the issue by “deadening” the baseballs, and then it became nearly impossible to score runs.

This year, both hitters and pitchers are complaining about the baseballs that are being used. Pitchers can’t grip the balls properly and hitters are having a tough time squaring the balls up.

You would think that the biggest baseball organization in the world would have the best baseballs, but that doesn’t appear to be the case.