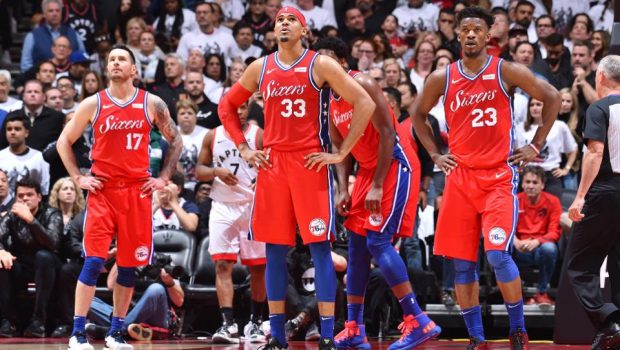 Ideally, the Sixers would go into free agency with firm commitments from Tobias Harris, Jimmy Butler and JJ Redick (above), no matter how exorbitant that luxury-tax bill will be in the coming years.

They would then know how much breathing room they had (if any) before surpassing the projected $132 million luxury-tax threshold, which could influence how they round out the rest of their roster.

Instead, they’ll likely have to wait for Harris, Butler and Redick to make their decisions before they use their full mid-level exception, which may hamper their ability to land their top free-agent targets.

If a team uses the non-taxpayer MLE, it cannot exceed the “apron”—projected to be $138.21 million next season—at any point in the year. The same holds true for the bi-annual exception ($3.6 million), which teams can use only once every two years.