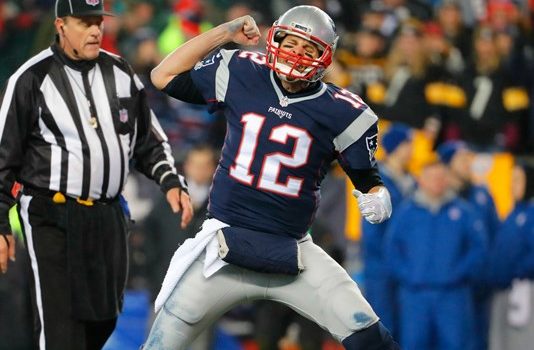 AFC CHAMP PATS HAVE FALCONS AND REVENGE ON THEIR MINDS!

By Dan Shaughnessy of the Boston Globe

The Patriots trumped the Pittsburgh Steelers, 36-17, in the AFC Championship game Sunday night to advance to Super Bowl LI against the Atlanta Falcons in Houston Feb. 5. New England becomes the first NFL franchise to make it to nine Super Bowls, and Bill Belichick and Tom Brady have a chance to become the first coach and quarterback to win five.

But this New England matchup with Matt Ryan and the Falcons is much more than a shot at ring records and grid immortality.

Above all else, it will be a showdown with NFL commissioner Roger Goodell. Patriots-Falcons is going to be New England’s Super Bowl In Context, an opportunity to make Goodell swallow his shield and present Bob Kraft, Belichick, and Brady with their fifth Lombardi Trophy just a few months after Brady dropped his court appeals and served his heinous four-game suspension: