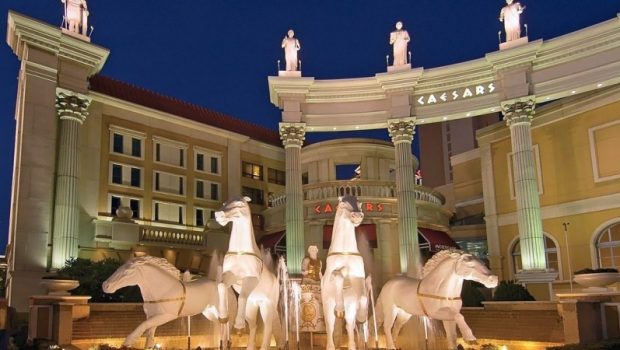 By Tommy Matthews in Atlantic City

New York state seems finally ready to pull the trigger on legalization of sports betting — in person and online — and New Jersey is reactiing.

Four AC casinos in the Garden State, which is ranked No. 1 in the nation for sports betting — it had a $1 billion month last October — are planning new investments for 2022 amid the new tax relief approved by New Jersey.

Seven of the nine casinos are seeing in-person gambling revenue down compared with pre-pandemic 2019, partially softened by sports betting and online gambling revenue, which, however, is shared with third parties such as platforms and sportsbooks.

New Jersey Gov. Phil Murphy in December signed a PILOT bill into law, which gives the casinos financial relief from big increases in payments they were due to pay to Atlantic City, Atlantic County and the schools system in lieu of property taxes. However, it is uncertain how the COVID-19 pandemic and the fast-spreading omicron variant will affect the in-person visits of gamblers to casinos.

In addition, as New York is set to launch its newly regulated mobile sports betting market, gambling industry executives and analysts expect New Jersey to lose at least 20% of its sports betting volume as New York residents who formerly had to cross over into New Jersey to bet will be able to do it at or close to home, according to Associated Press.

Mark Giannantonio, president of Resorts Casino Hotel, said he is “tremendously optimistic for a great year” in 2022, AP reports. Starting in February, Resorts is renovating its rooftop pool, adding a retractable roof to enable it to be used year-round. Resorts also is investing $5 million into new table games and slot machines, remodeling its high-limit slots area, and creating a new VIP Asian-themed room.

The Ocean Casino Resort plans to begin a $75 million project in spring or summer to finish 12 floors of hotel rooms that were never completed when the casino first opened as Revel in 2012.

Caesars Atlantic City Hotel & Casino will start work in 2022 on a new theater and resident show due to open in the first quarter of 2023. The project will incorporate the facade of the former Warner Theatre from 1929, which is currently part of the casino’s exterior facing the Boardwalk.

Also for 2022, Caesars plans a new restaurant opened by a hospitality company involving actor Robert De Niro that also will renovate hotel rooms there. Caesars Entertainment is partnering with Nobu Hospitality for a project to be called Nobu Hotel Atlantic City.

Bally’s will unveil 750 renovated hotel rooms, a redone hotel lobby and bar, and an indoor-outdoor entertainment venue in 2022.

A $100 million indoor water park to be built next to the former Showboat casino, which now operates as a nongambling hotel, plans a ground breaking for early 2022.