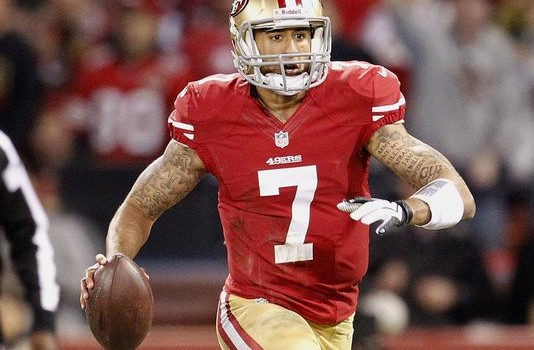 ABUSE OF POWER! KAP IS UNEMPLOYED AND TRUMP TAKES CREDIT!

Talk about changing the subject when things are melting down in your real job!

President Trump is taking credit for the fact that quarterback Colin Kaepernick has not signed with a team since opting out of his contract with the San Francisco 49ers three weeks ago.

Speaking at a rally last night in Louisville, Trump said he was reading an article about NFL owners’ fears about signing Kaepernick and said, “They don’t want to get a nasty tweet from Donald Trump. Do you believe that?”

Trump added that he wanted to share this with “the people of Kentucky because they like it when people actually stand for the American flag.”

Kaepernick famously took a knee during the national anthem before 49ers games last fall to protest what he said was oppression of people of color, leading to dozens of athletes in multiple sports following with protests of their own.